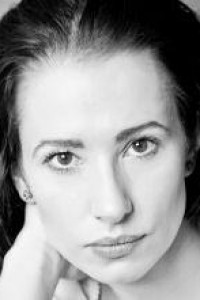 Ola Popławska comes from Zabrze. Industrial, grey space of this city formed her deep sensitivity. She was looking for colours in her imagination and in music. Ola plays perfectly on piano – she graduated from music school – and sings beautifully. From such an exceptional girl she had to grow up to an extraordinary woman, brave artist and conscious actress.

During studies Ola was noticed by the most interesting directors of new generation. She graduated from PWST in Wrocław and there she met Grzegorz Jarzyna who invited her to cooperation in „Doctor Faustus“.

She is great in a contemporary and classic repertoire.
In Polish Theatre in Wrocław she created a marvellous character of Waleria in „Cherry orchard“ directed by Paweł Miśkiewicz (her play was awarded on 41th Theatre Meetings in Kalisz in 2001). In Wrocław she was playing also Rachela in „Wedding“ directed by Mikołaj Grabowski and Tania in „Fourth sister“ directed by Agnieszka Glińska (her play was awarded this time in Presented Reality Festival in Zabrze).

This is not the end of her prizes and the vast array of her talents. In 2001 she won French Song Festiwal in Lublin, than she went to France for an internship in Francis Cabrel’s song school. There she met authors and composers co-working with such stars as Patricia Kaas or Enzo. The main effect of this acquaintance was a recital „J’aime la vie“ and 20 songs.

Grzegorz Jarzyna didn’t let Ola to forget about him and he invited her to famous Rozmaitości Theatre. She was in this team while there was the biggest boom, true reform in Polish theatre. This theatre was the most important and most controversial stage in Poland. Time spend in Rozmaitości, working for Jarzyna, meetings with the best actors in country and marvellous atmosphere formed her attitude to this job. She is honest towards her viewers but also towards herself. „Prince Myszkin“, „Celebration“, „Between us is well“ – these are the Jarzyna’s plays with Ola. Her role as Anne in „Obróbka“ directed by Artur Urbański was nominated to Warsaw Feliks‘ prize.

Przemysław Wojcieszek gave Ola a main role in „W dół kolorowym wzgórzem” for which she was nominated to „Gold ducks“ – Film‘s magazine award. On her account there are also few roles in TV Theatre – Solange in Summer in Nohant and Hela in Franio’s happiness directed by Agnieszka Glińska.

She treats her life seriously and she doesn’t like inane laughter. Ola has a melancholic nature, she is extremly self-demanding and she hates superficiality. When she prepares to a role she listens to her heart , she looks for the character inside herself. She tries to understand the psychology and feelings of her characters.

She is not afraid of difficult roles, that demand energy and exposure. The best example is her last role in „Bombarded“ based on Sara Kane’s drama directed by Marek Kalita. Ola says that this role gives her a chance to express what she really thinks about the world. She can’t play it, she has to became this character.

Ola is mysterious and has intriguing look. She plays perfectly mature women but she can also find a childish freshness. The best example is a great role in Dorota Masłowska‘ s play and film „Zero“ directed by Paweł Borowski – premiere in Gdynia.