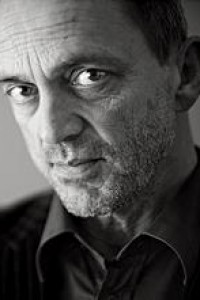 In Poland, there are few artists with such a great international experience. Jacek Koman is an outstanding actor. Technically very well prepared, with great actors skills, he is perfect for playing difficult, complex characters.

The thrilling strong voice, the hypnotising glare. Anyone who has watched “Moulin Rouge” remembers the song “El Tango de Roxanne” amazingly performed by Koman, with his hoarse scream (and yet it is feasible) ‘Roxaaaaanne!’.

Jacek’s story is very typical of talented people of his generation in Poland. As the son of the actors couple Adam Koman and Hanna Dobrowolska, he didn’t have to think what profession to choose in the future. He graduated from the Acting Department of the Film School in Łódź.
He debuted in “Bezpośrednie połączenie”, one of the first films directed by Juliusz Machulski.
In 1981 he left Communist Poland with a tourist visa and travelled to Australia. ‘When you run, you want to run as far as possible. You can’t go any further than to Australia’, Jacek explains. However, the departure impeded his promising career.

His mother country was far away, his acting career even further. It took him a lot of time and physical work to learn English and mask his accent so that he could play in the theatre. Initially nobody wanted to give him a role, so he and his friends actors established their own group called “Zart”. After some time, he moved to Melbourne where in a period of several years he played many excellent roles at Anthill Theatre. He returned to film in 1988, playing in “The Four Mile Minute”. Since then has he played in more than twenty American, British, and Australian films and series. He also worked in the best theatres and with the most interesting directors in Australia. From the artistic point of view, his desperate decision to move to the other end of the world turned out to be a great move.

The audiences from all over the world will remember Jacek Koman as the narcoleptic Argentinean from the musical “Moulin Rouge”. In this creation all his actors’ skills are clearly seen; despite all its surrealism he created a credible character. One of the best scenes of this excellent movie is the scene in which Koman is dancing the tango and singing together with Ewan McGregor the impulsive song.

One of the critics described Koman as an actor with the appearance of a gypsy Mefisto. Actually he often personates brutes and black characters in film and theatre alike. However, for instance in the play “Picasso at the Lapin Agile” written by Steve Martin and directed by Neil Armfield – the outstanding Australian director, Jacek successfully played the funny role of the title Pablo Picasso.

He uses his characteristic voice not only in films and theatre. Koman is also a vocalist of the VulgarGrad band. In fact the musicians enlivened Australian music scene. No one there has ever played such music before. One of the critics summarised the sound of Jacek’s band as follows:
‘It sounds like Edith Piaf brought up in one of the Moscow whore-houses, being given some singing lessons by Tom Waits and clenching a flick knife in her fist!’.
VulgarGrad performs the old and everlasting songs of the Russian thieves called ‘blatnyie piesni’ or ‘blatniak’, along with punk classics of the Perestroika era and, eventually, a strong dose of contemporary St. Petersburg ‘criminal sound’. The characteristics of the band complements unconventional artistic inclinations of the actor.

After many years abroad, he now has decided to play in Poland. He can expect interesting roles and Polish cinema will gain an excellent versatile artist.