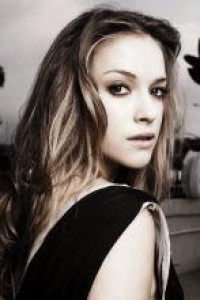 Actress with a huge passion and courage. She emanates extraordinary charisma, pure beauty and uncommon talent. She used to play many different roles in her career.[wiecej] In “Trade” she played kidnapped, “destined for brothel” girl from the Eastern Europe. In “Ondine” she played mysterious beauty, who emerged from the sea and changed life of some fisherman and Irish village’s inhabitants.

The girl form Poland, who delights an international audience by her prettiness and talent. It seems to be just the beginning and certainly she will provide us with many emotions.
Alicja is extremely brave woman. In the age of 19 she decided to leave her current, safe life and progressing career in Poland. Leaving everything, she went to New York, for “American dream”. Her future was a mystery, so many people came back with nothing. Alicja was believing, that she will manage it. She knew, that she has to work for her success. Because not only talent and beauty count in American film market; what truly bears fruits is especially work, consequence and determination. She studied acting at Lee Strasberg Theater Institute in New York.

Her professional approach to profession was effective on interesting offers. Alicja has played in German productions: "Sommersturm“ (dir. Marco Kreuzpaintner), “Das Blut der Templer” (dir. Florian Baxmeyer), in French film “Comme des voleurs” (dir. Lionel Baier). Director of “Sommersturm” offered her the leading role in American movie “Trade”. Impressive and credible character of Veronica has been appreciated by american public and critics. Alicja has gained awards for best actress on Vallarta Film Festival in Mexico and 23. Boston Film Festival, whereas she was proclaimed by New York Times as one of five the most interesting debuts of the year.
Deliberate, self-confident, she has directed her further career with attention. Despite winning many auditions in the USA, she didn’t accept some of the offers. As a ambitious person she didn’t accept worse scripts than in Europe. In the work she devotes all of her. For “Ondine” (dir. Neil Jordan) she was preparing herself with extraordinary dedication (work on the role was related to e.g. daily bath in the cold Irish sea). She coped with it. She knew, that it was worth doing her best, this made the director impressed. This role was welcomed in both the United States and Europe.

There is lauder and lauder about Alicja, interesting offers are coming all the time. Her last productions are "Friendship“ (dir. Marcus Goller) , "The Girl is in Trouble", "The American Side", "Polaris", "7 rzeczy, których nie wiecie o facetach" and "Pitbull".